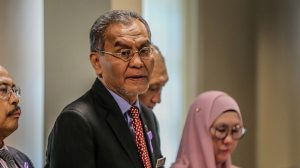 KUALA LUMPUR: A 41-year-old man from Selangor has become the first Malaysian to be infected by the novel coronavirus (2019-nCoV).

The Malaysian had travelled to a neighbouring country for a conference with international delegates, including some from China.

Health Minister Datuk Seri Dr Dzulkefly Ahmad (pic) said the Malaysian man has a travel history to Singapore and the ministry had contacted the republic for contact tracing.

He attended the meeting from Jan 16 to 23 and returned to Malaysia on Jan 23, said Dr Dzulkefly.

On Jan 29, he sought treatment from a private hospital for cough and fever and was referred to Hospital Sungai Buloh on Feb 2, he said in a press conference to announce the update of the 2019-nCoV cases on Tuesday (Feb 4).

He was one of two new cases reported in Malaysia.

The other was a Chinese national aged 61 who arrived in Malaysia on Jan 18 and started having mild fever on Jan 23.

He sought outpatient treatment at a private hospital and was placed under home surveillance for 14 days.

On Feb 2, his fever persisted and he was admitted to Hospital Kuala Lumpur to receive further treatment and a lab test the following day was positive for 2019-nCoV.

He is currently being treated in an isolation ward and is in stable condition.

With the two new cases, the total cumulative number of cases is now 10; five cases from among patients under investigation (PUI) and another five from close contact with positive cases.

Asked how big of a group the Malaysian man had been in contact with and whether there was cause for alarm since he has been moving freely for days, deputy Health director-general Datuk Dr Chong Chee Kheong said that the ministry had just received the information on Monday (Feb 4) night and would contact the family members and friends, as well as those he met during the meeting who had been in close contact with the man.

“We are investigating with our neighbouring country to find out where the infection took place,” he said.

Dzulkefly said that besides the Malaysian case, the other nine are Chinese nationals.

He said the total number of coronavirus cases as at 6pm from Jan 10 to Feb 3 were 213 from among PUI – 122 Malaysians, 86 Chinese nationals, one Australian, one Korean, one Jordanian and one Brazilian and one Thai.

From the 213 cases, five were tested positive, 188 negative and 20 still waiting for laboratory test results.

The number of close contact of positive cases was 36 and out of the 36, five were confirmed positive and were in stable condition – four were admitted to Hospital Sungai Buloh, Selangor, and one in Hospital Permai, Johor.

Dzulkefly said the other 27 close contact were tested negative and four more were still waiting for test results.

Of the 107 Malaysians and their families stranded in Wuhan, China, who flew in here on Monday, 105 were ferried by buses to a surveillance centre and two with symptoms were sent to HKL.

Asked about what will be done for the rest of the Malaysians in China, Dzulkefly said it will be handled by the Foreign Ministry, which will update the Cabinet.

“We did not expect logistics issue to prevent them from reaching the airport on time,” he said.

A special AirAsia flight bringing Malaysians and non-citizen family members home from Wuhan the epicentre of the 2019-nCov outbreak, landed at KLIA at 5.57am Tuesday (Feb 4).

There were 133 passengers on the flight instead of the expected 167, which departed from the Wuhan Tianhe International Airport at 1.26am.

This comprised 107 who were brought home from China besides 12 crewmembers, eight humanitarian assistance and disaster relief (HADR) mission personnel and six officers from the Malaysian embassy in Beijing.

The 107 were among the 141 Malaysians and their families who had registered with the Malaysian Embassy to be flown back to Malaysia.

They were stranded in China following the coronavirus outbreak, which led to the lockdown of Wuhan, Huanggang and Ezhou cities in the Hubei province in China.

According to the National Disaster Management Agency in a statement on Tues (Feb 4), the 34 did not make it for the flight due because they were outside Wuhan and could not get transport to Wuhan or to the airport. 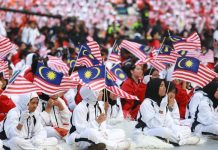 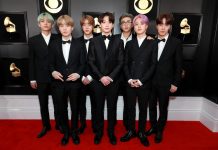 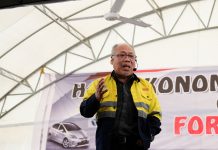