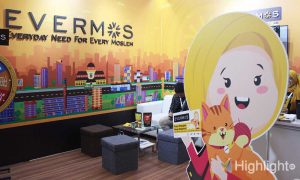 According to the latest statement, as part of the World Economic Forum’s Davos Agenda 2021, Evermos, a West Java’s social-commerce platform for Indonesian Muslim products, Evermos, unveiled an article on helping Indonesian MSMEs increase their competitiveness. Evermos presented the paper at the World Economic Forum’s Davos Agenda 2021 held on January 25-29, 2021.

This year’s forum discussed world impact topics, including COVID-19’s effect on society and the economy, building a fairer economy, transcending geopolitical boundaries, the goodwill of technology, and new strategies to save the earth.

The Davos Agenda 2021 highlighted several of the articles case studies, including an Evermos’ article about Mr. lyus, a hijab producer in Bandung, who experienced a significant growth from 2015-2017. During that time, Mr. lyus produced 150,000 headscarves per day. However, this later declined by 80%, resulting in reduced income for his employees.

A significant reason is a by-product of imports flooding the market, some of which are illegal. On average, a container of imported goods can contain around 250,000 to 450,000 headscarves.

Unfair trading practices in this sector have major implications for retailers like Mr. Iyus. He analysed how foreign manufacturers observe which products were in high demand, and within six months, they flooded the market with similar but cheaper products.

To increase his compete, Mr. Iyus had to innovate with a new winning product, and within 6 months, he quickly started production to get a profit. However, he noticed that his global competitors use marketing intelligence to gain an unfair advantage and shortened his winning product lifecycle. Due to time and capital constraints, Mr. Iyus is reluctant to expand his business. The situation has created a vicious cycle among small and medium-sized enterprises (SMEs) in Indonesia.

This vicious cycle at the SMEs level creates another smaller vicious cycle, which impacts the welfare level of the workers. Low productivity of the SMEs then reduces their income, which in turn decreases the education level of their children. It later causes the next SMEs generation to experience skills shortages and low income as well.

Arip Tirta, President of Evermos, said, “If we don’t buy local products, SMEs will lose against global value chains. Whenever we buy a local product, we help revive the economy by keeping money in circulation through product owners, vendors, employees, and other related parties. It keeps the economy flowing. Improvements in quality and experience are important, but more important is the need to support local producers and their endeavours.”

SMEs have contributed support approximately 97% of employment in Indonesia, absorbing most low-skilled workers. They also contribute to over 60% of Indonesia’s Gross Domestic Product (GDP) and have helped raise the quality of life by helping millions of people out of poverty.

Indonesia’s large and growing market presents opportunities to expand local production’s impact. However, there is a need to create more products’ in more significant quantities and more varieties. Something Indonesia is yet to do.

The next question: How can Indonesia break this vicious cycle? People need to focus on single links of the chain by doing any or all of the following:

If people can break this chain, Indonesia can create a virtuous cycle conducive to SMEs to think about medium and long-term growth. Productivity, efficiency, and higher profits will be made and strengthen local products’ global competitiveness.

Another approach is to create a significant breakthrough by breaking the cycle of our heavy reliance on SMEs and focusing on improving skilled workforce, while transforming them into high-skill workers.

A vicious cycle is difficult to stop, but it is not impossible if all players work together and fight for the SME’s welfare together as a country.