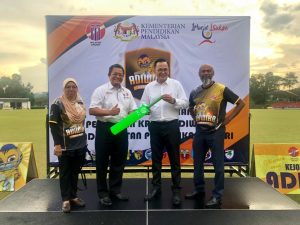 MCA president Mahinda Vallipuram handed the equipment to the schools from Kuala Lumpur and Selangor as well as the education departments, witnessed by Education Ministry deputy director for the sports, arts and co-curriculum division Zulkifli Nordin. 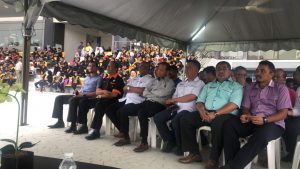 Mahinda thanked the education ministry for their unstinting support for the Adiwira programme, which seeks to introduce primary schoolchildren to cricket while unearthing talent at the grassroots level. From 240 schools playing cricket in 2012, the sport has reached more than 900 schools just seven years later.

“Playing for their schools is the first step children take in cricket and MCA’s role is to collaborate with the education ministry in this initiative. I would like to thank Encik Zulkifli for all the support they have given us for so long,” said Mahinda.

“Adiwira started with just a few schools in 2018 but we have worked together and in April this year we signed a memorandum of understanding with the ministry to take the programme nationwide.

“We would not have achieved this without the support of the ministry and it we hope to see this cooperation continue. This journey does not end here.”

Zulkifli said the education ministry appreciates the effort MCA has put in ensuring the success of the Adiwira programme and would like to see it extend to secondary school level.

“The Adiwira programme is aimed towards instilling an interest in primary schoolchildren to play cricket and we will always support an initiative as good as this,” said Zulkifli.

“The programme’s ambition to get 30,000 children to attend the cricket clinics and instill a sporting culture is very good. We would like to see this programme extended to secondary schools and we are very pleased to see the involvement of girls in cricket as well.”

Zulkifli noted the success of the national youth teams with the boys’ Under-16 team and girls’ Under-19 team emerging champions and runners-up respectively at the China Belt and Road T20 Youth Championships recently.

“I hope that the state education departments and MCA continue to work towards developing cricket and ensure the success of the development programme,” added Zulkifli.

Mahinda also challenged the primary schoolchildren to aim for playing for the country at the Olympic Games should the sport be included in the 2028 edition in Los Angeles. 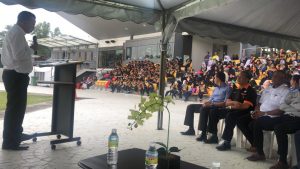 “If you are 11-years-old now, then in 2028 you will be 20. It is you who we want to play for your schools, district, state and eventually the national team,” said Mahinda. “So in nine years’ time, you will represent the country at the Olympics. This the dream and objective we have for you and what we want to achieve as a country.” 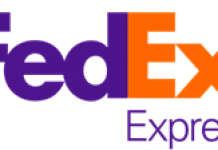 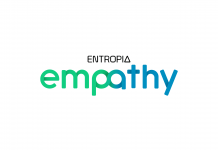 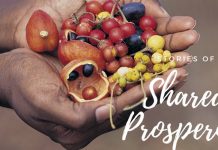